Digging into the Patient’s Guide to AHCC

Digging into the Patient’s Guide to AHCC 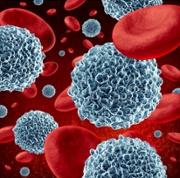 As you know, the AHCC Research team is committed to giving you the information and tools you need to make smart informed decisions about your health and wellness. This is why we have written a free and detailed guide about AHCC. The Patient’s Guide to AHCC

is a comprehensive look at how AHCC works and can work for you to ensure the best health possible. Now, this guide is very detailed and we know that not everyone has the time to spend reading an 80-page document. So in this blog post and in our previous post, we provide an overview of the information provided in this free guide.

In Chapter 2 of The Patient’s Guide to AHCC, we start to learn about the immune system and how it is so critical in ensuring that you are healthy. While we can’t get into the scientific details about your immune system in this blog post, we do provide an overview of the key information provided. To learn the ins and outs of how your immune system functions to keep you well and ready for any invaders, read Chapter 2: Introducing Your Immune System

To Learn More about AHCC and Your Health

We urge you to download the free guide about AHCC and take the time to read it thoroughly. This blog post touches only briefly on the details of your immune system and how critical AHCC is in ensuring you are healthy and well.

Any questions you may have about AHCC are covered in our informative, patient-driven guide – The Patient’s Guide to AHCC is for you! 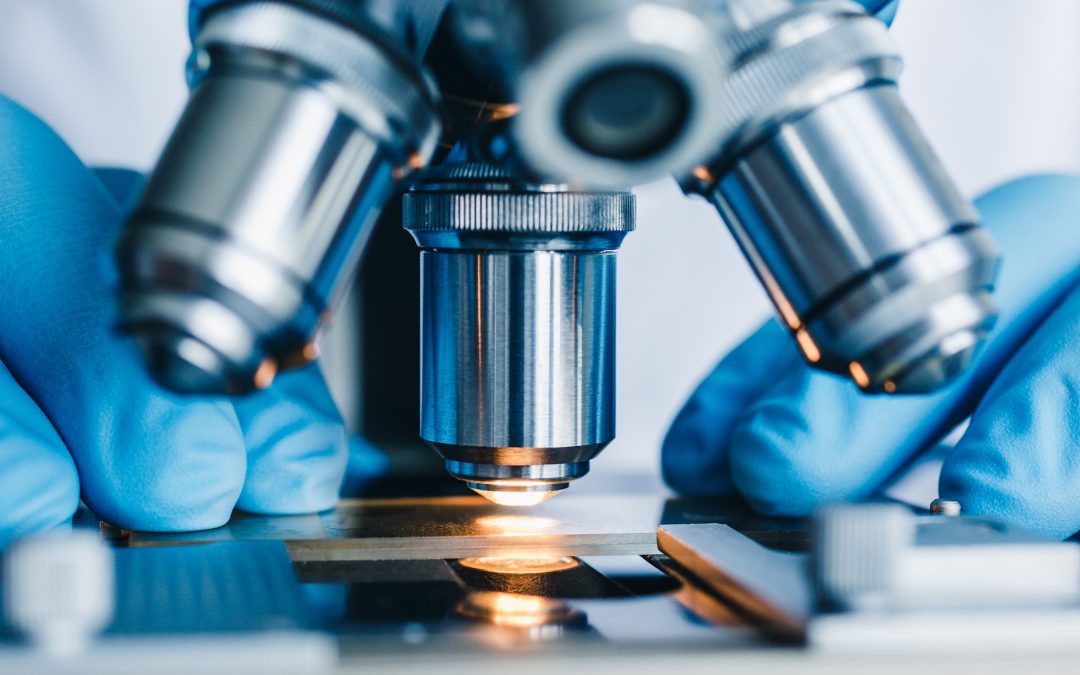 Nearly two-thirds of study participants cleared their HPV infection with daily use of AHCC®Newswise — NEW YORK, N.Y. - (June 22, 2022) According to a paper published in Frontiers in Oncology, daily use of a unique mushroom extract AHCC® supported the immune system in... 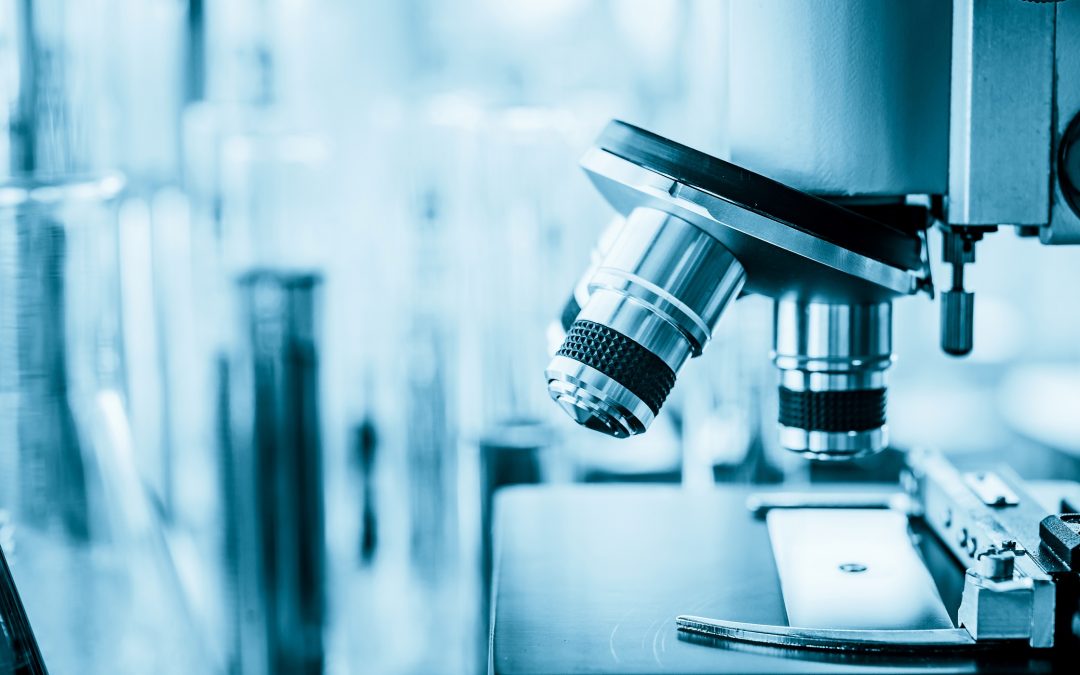 AHCC®: What the Research Says

There is extensive research behind AHCC, from cancer trials to diabetes support. Read about the studies that have promoted AHCC as a leading extract for immunity.AHCC: What the Research Says  The mushroom-derived extract, AHCC, is praised for its abundant wellness...

What is AHCC® good for? Everything You Need to Know

There are endless uses for the immune support extract AHCC, and research continues to explore the benefits of this mushroom-derived compound. However, there are some groundbreaking studies on AHCC and how it alleviates symptoms in patients with ailments such as...

Please beware of some products sold online claiming to be “generic versions” of AHCC®. These are considered “adulterated” by the FDA. Click here to see all the authentic verified AHCC® products from various nutritional supplement brands.

The AHCC® group had the following significant differences compared with control group:

The self-administration of AHCC® resulted in a dramatic PSA decrease within 1 month, which continued to control his disease for over 6 months from initial supplementation with AHCC®.
Using the national breast cancer patient registration as reference data, this retrospective study reported the improved prognosis of stage IV patients relative to the national average. Since the stage I-III patients at the center all had recurring cancer while the national average includes both recurring and non-recurring cancers, a meaningful comparison could not be made and the results were not statistically significant.

The following results were reported for patients supplemented with AHCC® when compared with control group:

AHCC® supplementation resulted in the following changes compared with the control group:

AHCC supplementation resulted in the following difference in survival rate:

Supplementation with AHCC® had the following results:

Health and functional foods are used by progressive cancer patients who hope increased survival time regardless of ambiguous information that includes phrases used to describe these foods, such as “might be effective against cancer.” However, we fear that non evidence-based foods might shorten the lifetime of patients, whose life has already been shortened by cancer. Although our data is retrospective, AHCC® does not increase the risk of shortening the lifetime of cancer patients, at least in the case of hepatocellular carcinoma. Clinical doctors should neither deny alternative medicine without studying, nor accept alternative medicine easily without critical investigation. Based on scientific, rational data, alternative medicine should be applied.
Group A was given 1-3g/day of modified arabinoxylane with meals. Group B was given 6000 mg/day of coriolus mushroom. Group C was given 4g/day of antigen-infused dialyzable bovine colostrum/whey extract and Group D was given 3-6g/day of active hexose correlated compound (AHCC®). NK cell activities were assessed before treatment and after an average of 16 weeks of therapy. AHCC® was the only supplement that consistently and statistically increased NK cell activity. The average increase was 249%.

Results from this phase II study demonstrated that AHCC 3 g once daily was effective to support the host immune system to eliminate persistent HPV infections and was well tolerated with no significant adverse side effects reported. The duration of AHCC supplementation required beyond the first negative result needs more evaluation to optimize success for durable outcomes. The suppression of the IFN-β level to less than 20 pg/ml correlated with clearance of HPV infections and merits further evaluation as a clinical tool for monitoring patients with HPV infections.

Results from this phase II study demonstrated that AHCC 3 g once daily was effective to support the host immune system to eliminate persistent HPV infections and was well tolerated with no significant adverse side effects reported. The duration of AHCC supplementation required beyond the first negative result needs more evaluation to optimize success for durable outcomes. The suppression of the IFN-β level to less than 20 pg/ml correlated with clearance of HPV infections and merits further evaluation as a clinical tool for monitoring patients with HPV infections.
In a study of the beneficial effects of AHCC® supplementation on the alleviation of adverse events in female breast cancer patients receiving chemotherapy, the results found that those receiving AHCC® experienced fewer side-effects, most notably related to neutrophils. Neutrophils make up 50%-75% of white blood cells and are the first immune cells to respond to and arrive at the site of infection. Chemotherapy frequently causes a drastic drop neutrophils (a condition called neutropenia), putting the patient at a greater risk of infection. Patients also to wait for their neutrophil levels to recover before proceeding to their next cycle of chemotherapy which prolongs the length of treatment. So the ability to maintain healthy neutrophil levels not only reduces the risk of infections but also enables women to get through their treatment faster. This is why this latest study showing that AHCC®, a natural compound with an excellent safety profile, can help maintain healthy neutrophil levels is very significant. The researchers at the University of Tokyo retrospectively analyzed 41 consecutive adult patients who underwent adjuvant chemotherapy to see how many of them had to undergo injections of “G-CSF” which are used to stimulate bone marrow production but also entail a number of potential side-effects affecting an estimated 30% of users. They found that those taking AHCC® had significantly lower use of G-CSF drugs than those without the supplement, indicating that AHCC® helped the patients maintain normal neutrophil levels without having to use these side-effect inducing drugs.
AHCC® supplementation resulted in the following changes compared with the status before intake:

AHCC® supplementation resulted in the following changes compared with baseline:

The DNA levels of herpes virus type 6, often found in people with compromised immune systems and thought to be related to chronic fatigue syndrome, were significantly increased after chemotherapy. AHCC® significantly decreased the levels of HHV-6 in saliva during chemotheraphy, improved AOL scores in the EORTC QLQ-C30 questionnaire and reduced blood and liver toxicity.
It was found that compared with the control group, the AHCC group had significantly fewer neutrophil-related events (odds ratio: 0.30; p = 0.016), significantly lower use of granulocyte colony-stimulating factor, and a higher (although not significant) rate of adverse events associated with c-glutamyl transpeptidase, a liver enzyme.

AHCC® supplementation resulted in the following significant changes compared with base line:

Giving nutritional supplements before flu shots boosts immunity and makes the vaccine more effective. The mushroom extract Active hexose correlated compound (AHCC) improved survival in studies of mice given a flu virus. Also when AHCC® was given to mice before getting a flu vaccine they had improved survival from the bird flu virus compared to mice that only had the vaccine. It is thought that AHCC® will improve protection against getting the flu when given around the same time as receiving a flu shot. A well designed study was performed with 30 healthy adults to see if AHCC® supplementation could improve protection against the flu if also flu shots were given. This was during the 2009-2010 flu season. Blood was drawn from patients before vaccination and then 1 week after. Immediately after the flu shot, the AHCC group took 3 grams per day of AHCC®. The analysis of white blood cells in these subjects after vaccination showed that AHCC® supplementation increased the natural killer cells and T cell types of white blood cells when compared to the group who didn’t receive AHCC®. Antibody levels against the influenza B virus were also higher in the AHCC® group 3 weeks after being given the shot. The AHCC® supplementation group had better immunity with greater levels of white blood cells and antibodies against the flu virus compared to the control group.

Volunteers supplemented with AHCC® had the following significant changes:

Five subjects achieved a negative HPV test result — three with confirmed eradication after stopping AHCC® — with the remaining two responders continuing on the study.
Laboratory results and adverse events were reported as follows:
Children with pharmacoresistant epilepsy had decreased mature T lymphocytes (CD3+) and T cells and an imbalance in the subset. The amount of CD3+ T lymphocytes in the epilepsy group was 42.42%±14.65%, which is 82.8% of average. The amount of CD4+ T lymphocytes was 71.6%, and cytotoxic CD8+ was 112.7%. The CD4+/CD8+ lymphocytes subset distribution and regulatory balance had a ratio of 1.28±0.55, which was below average or only 58.6% of the average value. After AHCC® intake, patients had positive changes of peripheral T cell pool (CD3+) and T-helpers (CD4+). They also showed an improvement and increase in the ratio of T suppressors-killers (CD8+) to lymphocytes to 1.4. Due to increases in the CD4+ lymphocytes subset, the immunoregulatory balance of the CD4+ to CD8+ ratio improved. There was a 35% decrease of frequency and intensity of epileptic seizures. The patients’ bodily health status and physiological functions also improved.
Natural killer cell activity significantly increased in both groups during the study period. The natural killer cell number, however, was not altered in the active hexose correlated compound group, while the placebo group showed remarkable decline. In addition, the score of immunological vigor, an index of total immune competence, was maintained in the AHCC® group, although that of the placebo group decreased during the test period.