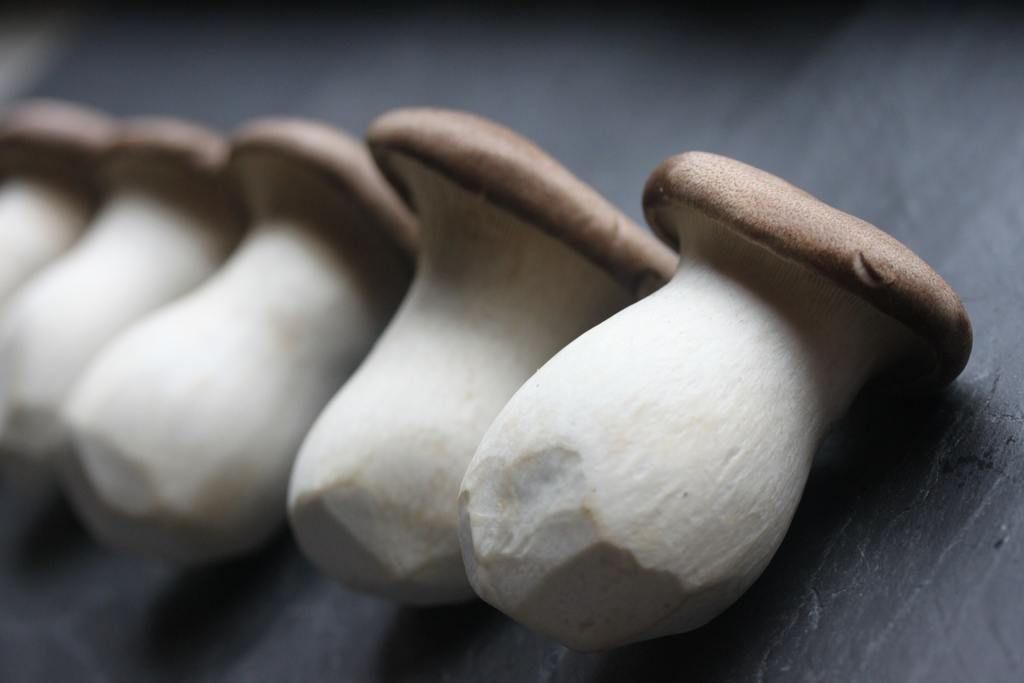 As of March 2019, there is no medicine or supplement currently approved for the use of clearing high risk-human papillomavirus, or HR-HPV, infections. Cervical cancer has often been associated with HR-HPV, and it accounts for the fourth most common malignancy in women, being a major cause of morbidity and mortality. It accounts for nearly 10% of all cancers.

Though vaccines against HPV vaccines are available to the general public, there remains to be no current medicinal treatment for HPV. The low HPV vaccination rate, and the number of people already past the age required for vaccination leave many women at risk.

Women who test positive for HPV are left in a limbo, as they are unable to treat or clear their bodies of HPV, whilst knowing they are at high risk for the development of cervical cancer.

AHCC is an effective, well-absorbed, and proprietary cultured shiitake mushroom extract, backed by over 30 clinical human studies This extract product is taken with the intention of improving the body’s immune system by enabling it early, and:

AHCC is produced using a unique extract of cultured Lentinula edodes, or shiitake mushroom, mycelia. It is high in alpha-glucans.

This process of AHCC production was first researched and developed at the University of Tokyo Faculty of Pharmaceutical Sciences by Dr. Toshihiko Okamoto, working with a team of researchers from Amino Up Chemical Co Ltd. in 1989. The entire process is carefully monitored by computer and results in the final nutritional supplement product known as AHCC.

How Has AHCC Been Studied For Use With HPV?

In one study led by the Department of Obstetrics, Gynecology, and Reproductive Sciences at the UTHealth McGovern Medical School in Houston, Texas, the relationship between the usage of AHCC supplements and HR-HPV infections was explored. This study explored whether or not taking AHCC would affect the clearance of HR-HPV infections in women
Pre-clinical in vitro and vivo studies led by this team of researchers found that AHCC demonstrated durable clearance of HR-HPV infections.
As UTHealth researcher and associate professor Judith A. Smith, Pharm.D. said that the success of AHCC so far in treating patients with HPV has been a happy surprise: “We had been looking at this the whole time going, ‘If this works, the potential is huge.’ And now ten years later, the potential could be more than I envisioned.” A March 2019 update from UTHealth found that this preliminary analysis of this phase II study confirmed 63.4% clearance of HPV

after 6 months. Only 2 patients (10.5%) receiving placebo cleared their HPV in the 12-month study duration.
Dr. Smith said, “These phase II results are a major milestone in our research… Our hope is that ultimately, the supplement will be used to eradicate HPV in both women and men.”
For those who develop anal or cervical cancer, AHCC is still a supplement that has been recommended by various healthcare professionals .
For example, cancer patients have taken AHCC to help lessen the severity of the various chemotherapy side effects. It has also been used to help in the cancer process itself, as some studies have found positive correlation between regular AHCC consumption and prolonged survival rate in liver cancer patients. It was also found that these patients that consumed AHCC had improved quality of life, including mental stability, general physical health, and everyday activity.

Who Else Takes AHCC?

AHCC is a very popular nutritional supplement in both Japan and China. Many people use it to help boost their general health and immune support.

In Japan, AHCC is the 2nd most popular complementary and alternative medicine used by cancer patients.

In the United States, many people have also begun to consume AHCC, as people continue to look for ways to improve their general health and well-being.

For centuries, shiitake mushrooms have been credited in East Asia for their uses in traditional medicine, with many historic writings pointing to their health-boosting effects.

These mushrooms are abundant in the mountainous regions of east Asia, and have been a part of east Asian cuisine for a very long time.

However, it was not until the 18th century that shiitake mushrooms were successfully cultivated. Japanese scholars developed an optimal method of inserting pencil-shaped plugs with shiitake mushroom spawn into drilled holes in hardwood logs. The shiitake mushrooms rely on the log for nutrition, which helps promote their growth.

It has been suggested that shiitake mushrooms contain certain molecules that can help improve heart health by lowering cholesterol levels, including sterols, beta glucans, and eritadenine. In one study, rats were fed a heavy, weight-gain diet.
Half the rats were also supplemented with shiitake mushroom powder, while the other half were not. In the conclusion of the study, it was found that the

Other health-boosting properties of shiitake mushrooms include its possible anticancer effects. Some clinical studies have found that combining chemo-immunotherapy with lentinan, one of the active beta-glucans in shiitake mushrooms, helped prolong the survival of patients with advanced gastric cancer as opposed to those who took chemotherapy alone. Researchers have associated this prolonged survival rate with lentinan because of lentinan’s synergistic action with anti-cancer monoclonal antibodies. The possibility of this in clinical application is still under further review.

Though the studies have been promising, it is important to note that these are all still limited, as most have been done in animals and test tubes rather than people. Therefore, it is always best to consult a primary healthcare official before taking AHCC for any condition.

What Else Should I Know Before Taking AHCC?

As is with any new dietary supplement, one must first consider how it can interact with any medication you are currently taking. Studies have found that AHCC is metabolized via an enzyme pathway called “P450 2D6,” which means that AHCC can potentially interfere or interact with any medication or drug that is metabolized using the same enzyme pathway. In the case of drugs used for cancer treatment, the only main chemotherapy drugs that use the “P450 2D6” pathway are Tamoxifen and Doxorubicin.

If you are taking any other medication, and are unsure about its potential interactions with AHCC, you should consult a primary healthcare professional to determine whether or not the medication you are currently taking is metabolized using the “P450 2D6” enzyme pathway–if not, it is not likely that AHCC will interfere with your medication.
Some people with mushroom allergies are unsure if they are able to take AHCC. Typically, people with mushroom allergies are allergic to the spores of the mushroom, which are produced in the outer “fruiting body” of the mushroom. AHCC is produced using the mycelia of the mushroom, which is internal and underground, which does not contain any of the spores that cause mushroom allergies.

In addition, the shiitake mushroom extract is subject to a complex multi-step fermentation process which breaks down many of the hard-to-digest macromolecules into smaller, digestible, lower-weight compounds–thus reducing further any allergy risk. Many people with mushroom allergies have been able to take AHCC successfully. If you would like further reassurance, it is always recommended that you consult a healthcare professional. You may also take a quarter of the vegicap on the tip of your tongue, and wait to see if you experience any kind of allergic reaction such as minor itching.

Some nutritional supplements have the possibility of losing their effectiveness over time. However, as studied in previous AHCC placebo-controlled scientific trials, patients who used AHCC regularly over a 10-year period had consistent and significant improvement when compared to the placebo group, which does not show any signs of AHCC losing effectiveness.

As always, please consult a healthcare professional to help you decide if AHCC is appropriate for you and your situation.

Does AHCC Have Other Uses?

Many studies are currently exploring how AHCC can help promote general health in its other interactions.

Many people across the world currently struggle with inflammation and arthritis. However, inflammation has been linked to various diseases, such as asthma, heart disease, and Alzheimer’s. When inflammation is chronic, it can destroy healthy tissue. Research has shown that AHCC can help ease inflammatory effects. In one study, AHCC was administered to rats with colitis, which lowered their inflammation rates on a level equal to that of sulfasalazine–a commercial anti-inflammatory drug. One other study also noted that AHCC protected rats from the peritonitis, which can damage the abdominal cavity. When AHCC was first developed, it was originally aimed at becoming a treatment for hypertension, trying to extract the cardiovascular system-boosting benefits of its shiitake mushroom source. Some doctors have reported positive impacts from the usage of AHCC with their patients.

Dr. Fred Pescatore of the Center for Integrative and Complementary Medicine in New York stated that AHCC can help prevent stress-induced high blood pressure, and furthermore, potential damage to the heart. Dr. M. Iwamoto of En-Zan-Kai Medical Corporation also reported that AHCC had a positive influence on the well-being of patients with ventricular arrhythmias.

AHCC has also been used to help promote the health of those undergoing chemotherapy treatment, which is fraught with scary side effects, ranging from psychologically distressing to potentially fatal. AHCC has been connected to many chemotherapy side effect alleviations, such as:

Is AHCC Right For Me?

AHCC is one of the world’s most promising and researched speciality nutritional supplements for the immune system, supported by various human studies and pre-clinical in vivo and in vitro studies. Over 1,000 health facilities across the world have used AHCC. Patients with compromised immune systems, cancer, HPV, liver disease, and other viral infections have successfuly taken AHCC.

AHCC is great for those who wish to give their immune system a boost, which can really help in the long run. Keeping the immune system healthy is always good for the promotion of our own health.

AHCC has also been very promising in the field of research, as scientists across the world try to find ways to treat HPV. However, it is essential to note that, as with the consideration of any new nutritional supplement to your body, one should consult a healthcare professional to determine if AHCC is right for you.

As AHCC continues to sweep us by our feet, we are excited to see how AHCC can help everyone put their health first!